Have you been tasked with the decision of which primer ignition system is more suitable for your shooting needs and preferences? If so, you are in for a challenge. Fortunately, you are already a step ahead because your decision has been narrowed down to the rimfire and centerfire. Now, you must decide which of these bullets will compliment your shooting style the most. Below, you will discover a breakdown of the rimfire and centerfire, how to differentiate between the two, and how they work.

Before you can move forward, you must know the components that make up a traditional cartridge. A conventional cartridge is comprised of a casing, powder charge, bullet, and primer. Many newbies believe a bullet is an actual cartridge, but this could not be further from the truth. In fact, the bullet is only the “kinetic projectile,” or the first component to be expelled from the firearm.

The casing is described as a “brass coil” or “cartridge brass,” which is constructed from various metals – zinc (Zn), copper (CU), and trace elements. The combination of these materials creates a durable casing that encapsulates all the internal components. Brass is not only durable but also delivers a high rate of precision,

The primer is the component responsible for starting the combustion that forces the projectile (bullet) out the barrel of a firearm.

Difference Between Rimfire And Centerfire 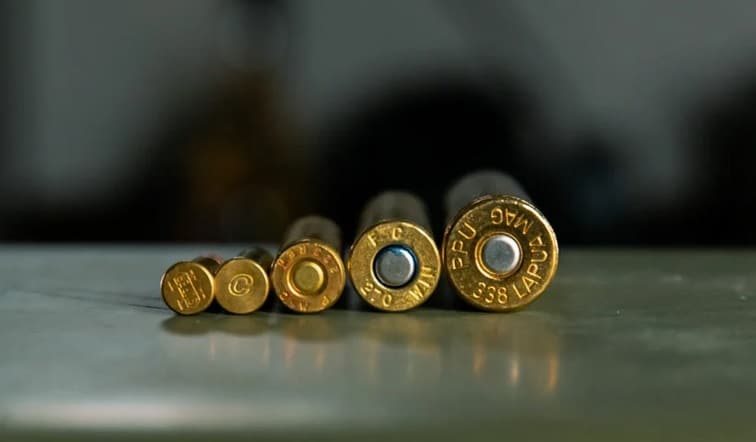 While your decision should be based on your shooting preferences and needs, there are a few factors to keep in mind. The primary difference between the rimfire and centerfire rifle is how the firing pin operates. The centerfire pistol firing pin strikes the primer’s center while the rimfire pistol firing pin slams against and crushes the rim, the cartridge flange. Both actions result in the ignition of the powder charge.

The problem is how the rimfire firing pin hits the cartridge rim. Hitting the rim of the base may result in uneven or irregular powder burn.

The thicker centerfire brass casing is more durable, adding it to sustain minor damage when a higher volume of pressure is applied, resulting in more power and velocity.

Rimfire vs Centerfire which is better? Ultimately, you’ll want to consider the pros and cons of each before deciding. You’ll find that both models offer unique benefits, but they have cons as well. Below, you’ll learn more about each model’s pros and cons.

Centerfire ammo offers a handful of benefits. For instance, it can be reloaded and it is much more reliable. Another thing to note is that most modern guns rely on centerfire ammo so you can guarantee that you’ll be able to use it. Finally, this ammo is going to provide higher velocity thanks to the location of the primer.

Although centerfire ammo is great, it has a few minor cons. First and foremost, it is more expensive. When purchasing centerfire ammo new, you’re going to spend more money. Another con is that this ammo isn’t available for all guns. If you have an older gun, it may not be compatible with centerfire ammo.

Rimfire ammo is best for practicing because it is much cheaper initially. It is great for practicing and shooting small games. It is compatible with many old weapons as well as antique weapons. You’ll also appreciate that it has less recoil. You can fire off multiple shots without experiencing too much recoil.

Again, both ammo types have cons. As far as rimfire goes, it cannot be reloaded. Another thing to note is that it is more prone to firing problems.

Which ammo should you pick? Ultimately, you have to decide for yourself. You can choose whatever you want. However, it is a good idea to learn more about the pros and cons before purchasing ammo.

Which Ammo Is Better? 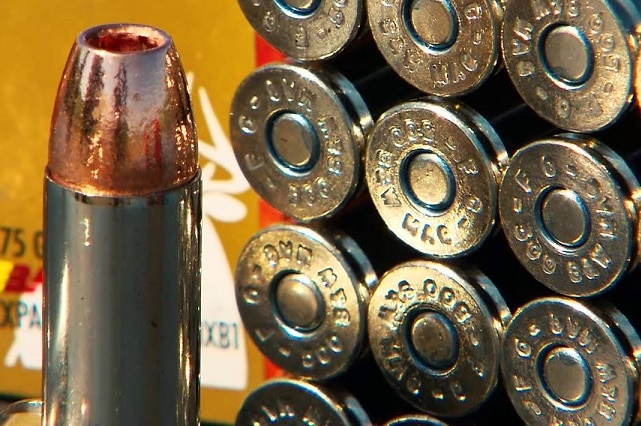 Should you purchase rimfire or centerfire ammo? Which ammo is going to be better for you? Ultimately, you’ll need to research until you find out what works best for you. It mostly depends on your preferences. If you’re purchasing a new gun, you should think about going with centerfire ammo.

It is generally the preferred ammo for new gun buyers. It is great because it can handle rough handling and it is more resistant to manufacturer flaws. If you have an older gun and don’t want to purchase a new one, stick with rimfire ammo.

Picking the perfect ammo for your weapon doesn’t have to be difficult. First, you’ll want to find out which ammo is compatible with your firearm. Once you’ve done that, you’ll likely have your best choice. If you’re purchasing a new gun, you’ll want to purchase centerfire ammo. This type of ammo is more reliable and experiences fewer problems.

Read Also: What Is The First Step For Both Loading And Unloading a Firearm?