Have you ever thought about traveling the world while making money? If so, you should think about making a career as a sailor. However, you don’t want to be a member of the crew. Instead, you want to be someone important.

If this is something that excites you, it is wise to learn more about becoming a tugboat captain. Once you’ve obtained this position, you’ll help steer large crafts and make sure that the vessel reaches its destination.

Begin the captain of a ship comes with immense responsibilities so you cannot take them lightly. The good news is that you’ll be paid well for your hard work. Within this guide, you’ll learn more about the average tugboat captain’s salary and responsibilities.

What Is A Tugboat Captain? 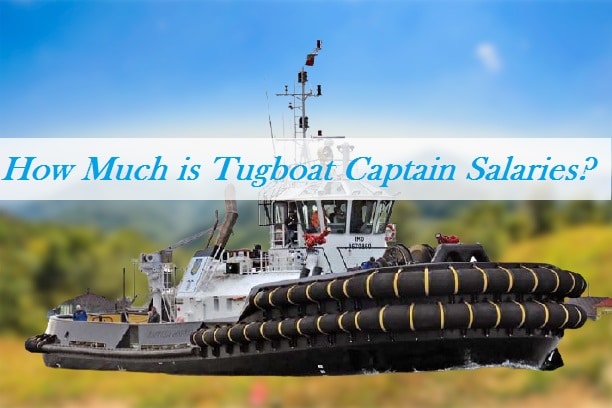 First and foremost, you’ll want to learn a bit more about tugboat captains. Who are they? What do they do? Thankfully, it is easy.

They’re exactly what they sound like. Tugboat captains are also referred to as tugboat operators. They serve as the pilot of the small vessel that will ultimately help guide large ships through small spaces.

A tugboat captain will serve many purposes, including helping guide a boat away from the harbor. They’ll also push barges down the river.

Although it sounds easy, it isn’t. Tugboat captains take on many responsibilities and their job can be stressful. Nevertheless, it’ll be worth it in the long run.

Tugboat captains are important individuals since they help steer larger vessels in small spaces. It is pertinent for these individuals to multitask exceptionally well.

In addition to that, they’ll need excellent command and leadership skills. They need to know how to safely operate a tugboat. Below, you’ll learn more about the duties these professionals carry out.

Tugboat captains need to have a specific set of abilities. For instance, they need to learn how to identify complicated problems.

Then, they need to review relevant information and come up with a reliable solution to rectify the problem. They need to learn how to manage their time and time for others.

More importantly, the captain will need to learn as much as they can about the laws, regulations, organization rules, executive orders, and court procedures.

Finally, the tugboat captain needs to listen to the team and understand the information being presented to them. 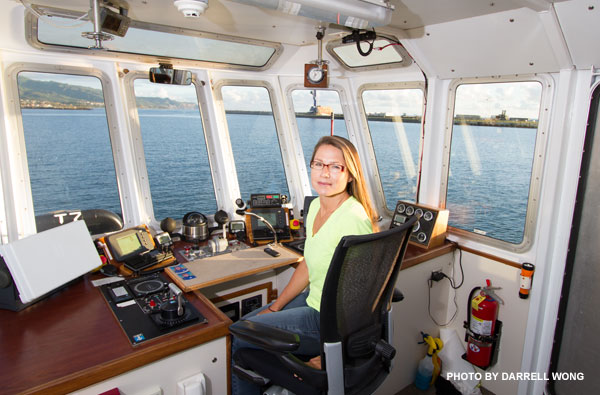 Before you can become a licensed tugboat captain, you’ll need to work hard to learn the trade. To get started, most tugboat operators will enroll in a formal maritime training academy.

One of the most popular academies in the country is the United States Merchant Marine Academy. Once you’ve completed this course, you’ll receive a Bachelor’s Degree in Science.

Other academies include the Great Lakes Maritime Academy and California Maritime Academy. You can’t land a job as the captain until you’ve obtained extensive hands-on experience.

In general, it requires three years of experience to become a tugboat capital. In general, you’ll need to spend 30 months serving as a merchant marine and 12 months as a steersman or a tugboat apprentice mate.

Before you can become a steersman, you’ll need 18 months of experience as a tugboat deckhand. Suffice to say, the process of becoming a tugboat captain is extensively and drawn out. Just remember that it’ll pay dividends in the long run.

Once you’ve completed the education requirements, you’ll want to learn what else you need to do to become a tugboat captain.

How old do you need to be? What can prevent you from obtaining this job? First and foremost, you’ll need to make sure that you’re at least 21 years or older.

It is best to be a citizen of the United States, but some immigrants can become tugboat captains as well. If you’re an immigrant, you’ll need to check the requirements set by the Transportation Security Administration.

You’ll also need to obtain a tugboat captain’s license. To do that, you need to make sure that you have a spotless record.

If you’ve been convicted of murder, terrorism, fraud, smuggling, arson, or drug distribution, you won’t be able to get a license.

Once you’ve obtained your license, you will be more diverse than ever before. You can move to new jobs around the country. You’ll also appreciate that you’ll be able to achieve financial stability.

Tugboat captains make an excellent living so you can begin establishing a life for your family. You’ll also appreciate the fact that being a tugboat captain will often give you the opportunity to travel around the world.

If you want to see what the United States has to offer, your job will allow you to do just that. You can’t ignore the fact that tugboat captains are highly respected individuals. They lead the crew and tell others what to do.

You have more responsibilities and other people know this. They’ll respect you for being alert and responsible. In addition to that, many of your coworkers will strive to be just like you.

The average annual salary for a tugboat captain operating in the United State is $52,943, according to ZipRecruiter. More experienced tugboat captains can earn as much as $94,500. Newbies, on the other hand, earn around $17,000 annually.

See Also: Why Your Boat Won’t Exceed 3000 RPM When Under Load

If you enjoy spending time on the water, you can turn this admiration into a full-time career. Millions of people across the globe love their jobs, simply because they entail activities related to their favorite hobbies.

There is no doubt, that many boaters would like nothing more than to have a career that requires them to spend more time on the water. One such job is a tugboat captain, a very rewarding career.

The tugboat is featured in various children’s books, as a do-or-die maritime vessel. The tugboat is one of the oldest watercraft vehicles still in operation today.

The “Charlotte Dundas” was the first tugboat to be launched in Scotland in 1801. The vessel features an engine that operated on steam and the old-fashioned paddle wheel.

Over the decades, the tugboat has undergone various alterations to improve performance across the industry. The modern tugboat is utilized in military, firefighting, and logistic operations.