Who Is Responsible For Explaining Fire Safety Procedures To Passengers On A Boat? Being a boat owner is much more than setting sail. As the owner of a boat, you are responsible for the safety of yourself, and your passengers.

Boating is a lot of fun, but it can also be dangerous when the captain is not fully prepared. Have you ever considered what would happen if your boat caught on fire? You do know, it has occurred in the past.

Boat fires are always a possibility. BoatUS released a report in 2016, claiming that boat losses were contributed more often to fire than any other factor.

Contrary to belief, a boat fire is not always related to the negligence of the skipper or captain. BoatUS joined forces with Geico to study boat fires to determine their origin. It turns out, boat fires are not always the fault of the captain or skipper.

Who Is Responsible For Boat Fires? 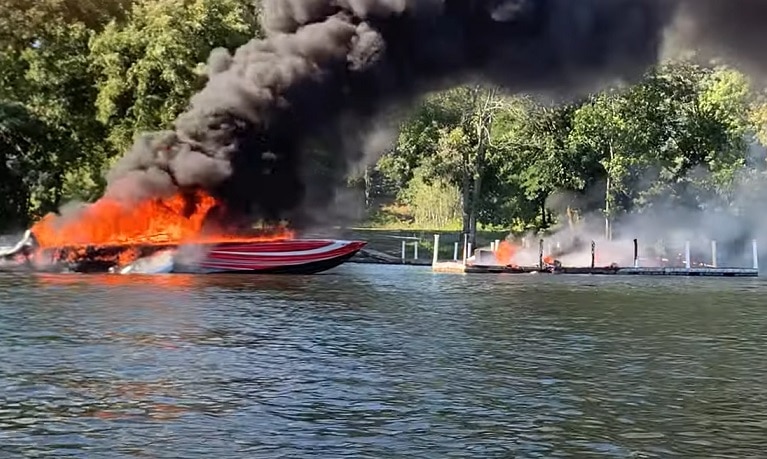 Again, it pays to be smart when it comes to boat and fire safety. Do you know the leading cause of a boat fire? If not, you may want to conduct extensive research. This very important data will show you what can go wrong with a boat, resulting in a fire outbreak. To help jumpstart your effort, a list of the leading cause of boat fire is proved in the content below.

A contributor that does not have a direct connection is referred to as “off-the-boat” marine fire. You would be surprised by a large number of marine vessel fire that originates from other factors For example, a vessel wedged between two larger vessels is setting in the center of a fire.

The fire spread from the vessel to the boat’s right. While this is just an example, similar off-the-boat fires are reported each year in the United States. The primary contributor, in this case, is the fire that originated from the larger vessel.

Regardless of where the fire originated from, the captain is still responsible for his/her boat and passengers. It is crucial to think of safety first before going on a tirade about the other captain’s responsibilities. Keep in mind, your the safety of your passengers should be considered above all else.

When you notice the signs of a fire, you need to act quickly. The problem isn’t going to go away. With that being said, you need to do what you can to remedy the problem as quickly as possible. Thankfully, there are several things you can do to protect yourself during a boat fire. You’ll also want to make sure that your passengers cooperate so you can avoid potential problems along the way.

First and foremost, you need to shut off the engine. Then, you’ll want to position the boat in a way that allows the wind to blow the smoke away from you and your passengers. Once you’ve done that, you need to identify the source of the smoke. Where is the fire? If you’re dealing with an electrical fire, you’ll need to turn off the power supply. You may also need to disconnect the gas supply.

Finally, you’ll want to try to extinguish the fire. You can use a fire extinguisher. Remember that each fire is different. Therefore, you need to find the best method for treating the problem. Once you’ve done that, you’ll be able to put out the fire before it worsens. In some cases, this won’t happen. You may need to flee the boat.

Recommended: What Should You Do If A Fire Breaks Out In The Back Of Your Boat?

Have A Back-Up Plan

Unfortunately, you never know if you’re going to be able to extinguish the fire. You might be able to do so, but you might not. With that being said, you need to take steps to defend yourself from potential problems. One way to do that is by putting together another plan.

Having a second escape plan can make the difference between life and death. You need an escape plan because you never know what is going to happen. Make sure that you’re doing everything you can to minimize the risks involved. To do that, you should make sure that everyone can escape the boat without running into objects.

Remove trip hazards and make sure everyone knows how to get off of the boat. There is always a risk that you won’t be able to put out the fire. With that being said, you need to make sure that you can escape. 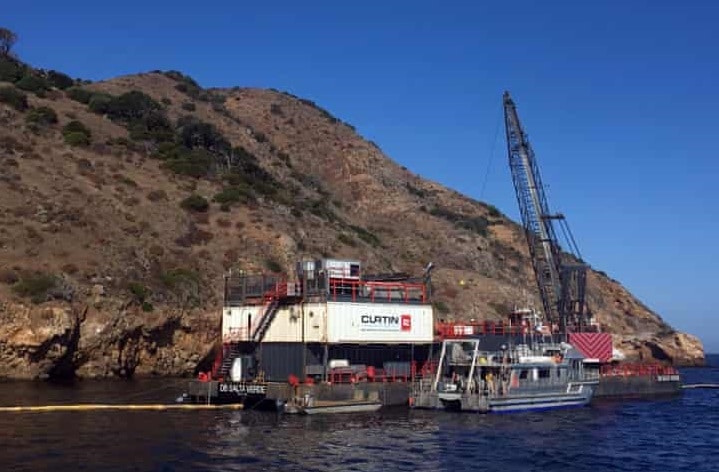 Ultimately, you’ll want to take steps to ensure that you don’t experience a fire on your boat. One of the best ways to do that is by finding out how to prevent boat fires. Thankfully, there are several things you can do to avoid fires. First and foremost, you need to make sure that nobody is going to smoke on your boat.

If someone has to smoke, they should do so on the deck. Smoking below the deck will prove to be very dangerous. If they’re going to smoke, make them use an ashtray.

Read Also: How Do Noise And Vibration Affect You When Operating A Boat?